Leppävaara – cluster of traffic and business

Leppävaara is the largest and most active of Espoo’s centres with great connections all around the metropolitan area.

Leppävaara is the third biggest public transport hub in the Helsinki Metropolitan Area. Because of the good public transport connections, only half of the households in Leppävaara own a car. Services, shops, workplaces, exercise and recreational possibilities are within walking distance and outdoors activities nearby.

At the moment 71,500 people live in Leppävaara area and the number is estimated to grow to 100,000 by 2040. Leppävaara has a youthful look and has been built over several decades. Most of its area has already been planned but complementary construction will continue in the upcoming years.

Distance from Helsinki Central Railway Station to Leppävaara is approximately 16 minutes by train.

The traffic connections will improve even further once the Raide-Jokeri light rail line will start operation, at the latest, in early 2024 and the Espoo City Rail link in 2028. The new light rail line will interlink Leppävaara, Otaniemi and Keilaniemi - Espoo’s most significant high-technology employment areas. Jokeri Light Rail will also connect the West Metro line and the train tracks at Leppävaara, Espoo’s main railway station, into a combined system. The upcoming City Rail Link will be made of two additional tracks built between Leppävaara and Kauklahti. Two tracks will be used by long-distance transport and rapid local transport, while two will be used by the frequent commuter trains.

Leppävaara is also a cultural and entertainment centre. Sello Library with its concert halls, the Gallen-Kallela Museum, movie theatres, several restaurants, GLO Hotel and recreational activities such as a bowling alley are available in Leppävaara. Shopping centre Sello is one of the biggest and most ecological shopping centres in the Nordic countries.

The sports park in Leppävaara is the biggest of Espoo’s seven sports parks and offers a wide range of different sports activities. There’s an athletics stadium, a swimming hall with an outdoor pool, and an ice rink. A new athletics-oriented multi-function hall called Kameleonten is under construction in the middle of the sports park. Kameleonten will be opened in summer 2023. Kilo and Leppävaara Manor riding halls and a golf driving range, Vermo harness racing centre close to an up-and-coming horse riding centre, a disc golf course and the Angry Birds Park are also located in Leppävaara.

According to a study conducted in 2019, Leppävaara is the favourite location for companies within Espoo. In the area, there are approximately 30,000 jobs, which is one fourth of all jobs in Espoo. Most of these are in the fields of information and technology. The other most notable business areas in Leppävaara are retail and wholesale, and education.

Leppävaara is an active education centre that provides opportunities to study for all ages. In addition to the extensive network of comprehensive schools and the general upper secondary school with a sports emphasis, Leppävaara also has education provided by Laurea and Metropolia University of Applied Sciences to offer and the Adult Education Centre. Finnish School of watchmaking is also located in Leppävaara.

The Leppävaara centre is being developed as a dense urban area relying on sustainable traffic where housing and services go hand in hand.

In the next 10 years, the central Leppävaara will grow through residential and commercial construction. Housing for an additional 10,000 people will be finished by 2030. By that time, the first transversal track of the greater Helsinki area will be in use and will connect Leppävaara to the Otaniemi campus and metro station.

The currently wide range of services will be further increased as the new Hatsinanpuisto business and sports centre will be in use.

The development work aims to strengthen the image of Leppävaara as an independent city centre and Leppävaara’s compact city structure will be an example of how inhabitants can lead their daily lives without private vehicles.

The building project of Leppävaara centre is the most important development project in the area. At the moment, the old Turku highway and the railway track divide Leppävaara centre. Through the project, the dividing effect will be diminished, north and south Leppävaara will be better connected by a new terminal bridge and the transportation terminal can be lifted to a whole new level. Read more about the international idea competition.

Shopping Centre Sello will be expanded on top of the railway. There will be approximately 10,000 m2 of additional space. From the shopping centre, a pedestrian bridge will be built over the railway, including connections to station platforms and the bus terminal. Construction will begin in 2024 at the earliest. Read more about the expansion of Sello shopping centre.

Oasis of Professionals OOPS in Hatsinanpuisto

The Hatsinanpuisto area is prominently located in the intersection of Ring Road I, the main railway track and the future Jokeri Light Rail route. The wide-ranging set of services will reach more than 20,000 people living in the immediate impact zone of Hatsina, whereas nearly 500,000 people will be living within 15 minutes’ drive from the development.

In Säterinkallionkulma, less than a kilometre from the Leppävaara public transport terminal and Shopping Centre Sello, housing is being planned for approximately 800 residents. The area will be built as a pleasant high-quality living and operating environment near the services of Leppävaara. The cityscape of the area will be dense and urban. The area will be built close to the future Jokeri Light Rail Line, and one of the stops of the light rail line will be in the area. Construction will begin in 2023.

A new sports and multifunction hall called Kameleonten is under construction in Leppävaara Sports Park. The hall will be partly two-storeyed, approximately 180x77 metres in size. In addition to an athletics field and a running track, there will be several playing fields and gyms suitable for different uses, office facilities and a café in the building. Kameleonten will be opened in 2023 and will act as a venue for youth European Championships in track and field during summer 2023. The multi-function hall also enables the organisation of rock/pop concerts and various fairs in Leppävaara.

The accessibility of the area is ideal. Jokeri Light Rail, to be completed in the 2024, will further improve transport connections. All in all, the Perkkaa and Vermonniitty area will see three new Jokeri Light Rail stops.

A new community-centred and eco-efficient block of timber apartment buildings, known as BoKylä, will be built in Espoo’s Mäkkylä. The aim is to build some 400 new homes in the area by 2026.

Residential buildings and homes for 1,200 new inhabitants will be built in the current vocational school area in Puustellinmäki. The construction project of approximately 60,000 m² of floor area takes place between 2019 and 2025. 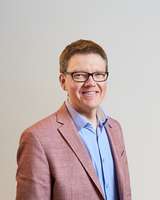