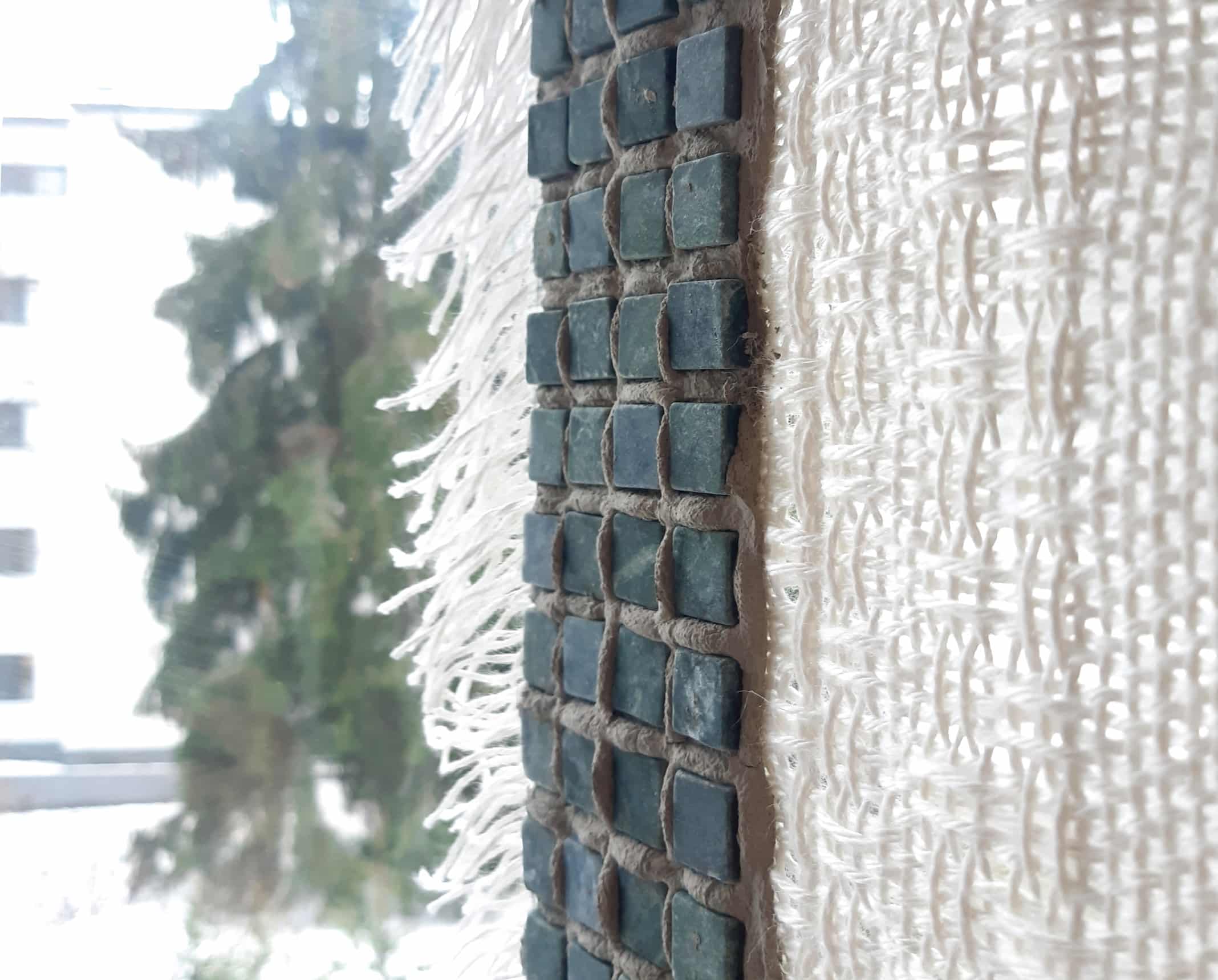 Prefab Arcadia is an installation by Canadian artist and weaver Sophia Borowska exhibited at KAMU WeeGee lounge on 7.–11.12. The artist will be present to welcome all visitors on Friday December 9th from 5 to 7pm.

This new installation responds to the history and development of Tapiola, global icon of postwar avant-garde architecture and "anti-urban urban planning". Borowska’s work explores the social contexts and power structures surrounding architecture and urban development, using the unexpected combination of handwoven textiles with architectural construction materials. During her four-month artist residency in Tapiola, she has researched the garden city's utopian, socialist ideals in contrast to its evolution as a living community. What emerged were entangled themes such as wellness and normativity, consumerism and aesthetics, privacy and community-building.

Innovative prefabrication techniques born of post-war austerity were employed in the thoughtful architecture and landscape design of Tapiola's neighbourhoods. Through the original placement and orientation of windows and balconies, yards and forest paths, emerged new dynamics of gender, class, privacy, and relationship to nature.

Tapiola has been criticized as an arcadia for the well-off, rooted in normative hetero-patriarchal values, and resistant to change. Although prefabricated towns are notoriously difficult to adapt as populations shift, Tapiola has evolved and sprawled for better or for worse. Informed by many, often contradictory, opinions about Tapiola, Prefab Arcadia attempts to weave a nuanced and ambiguous picture of a complex place.

In the spirit of contradictions, Prefab Arcadia freely combines weaving with photography, concrete, tile, and prefabricated panels. Handwoven white-on-white linen textiles speak to Tapiola's “White Functionalist” style. The semi-translucent designs on opaque grounds evoke windows, walls, and the spatial porousness of Tapiola. These works were created at Tapiola Guest Studio in the context of the residency exchange program and collaboration by the Finnish Artists’ Studio Foundation and Conseil des arts et des lettres du Québec. The artist has also collaborated with the local community through KAMU Espoo City Museums group of customers, Kampparit.

Sophia Borowska is an artist and weaver based in Tiohtià:ke/Montréal, Canada. Her installation-based practice explores the intersection between textiles and the built environment. Borowska has exhibited her site-specific projects and participated in artist residencies across Canada, and internationally in Denmark and Finland.

The creation of this work was made possible thanks to the financial support of the Conseil des arts et des lettres du Québec. The Tapiola Guest Studio and the residency program of the Finnish Artists’ Studio Foundation have been supported by the Arts Promotion Centre of Finland and the City of Espoo.