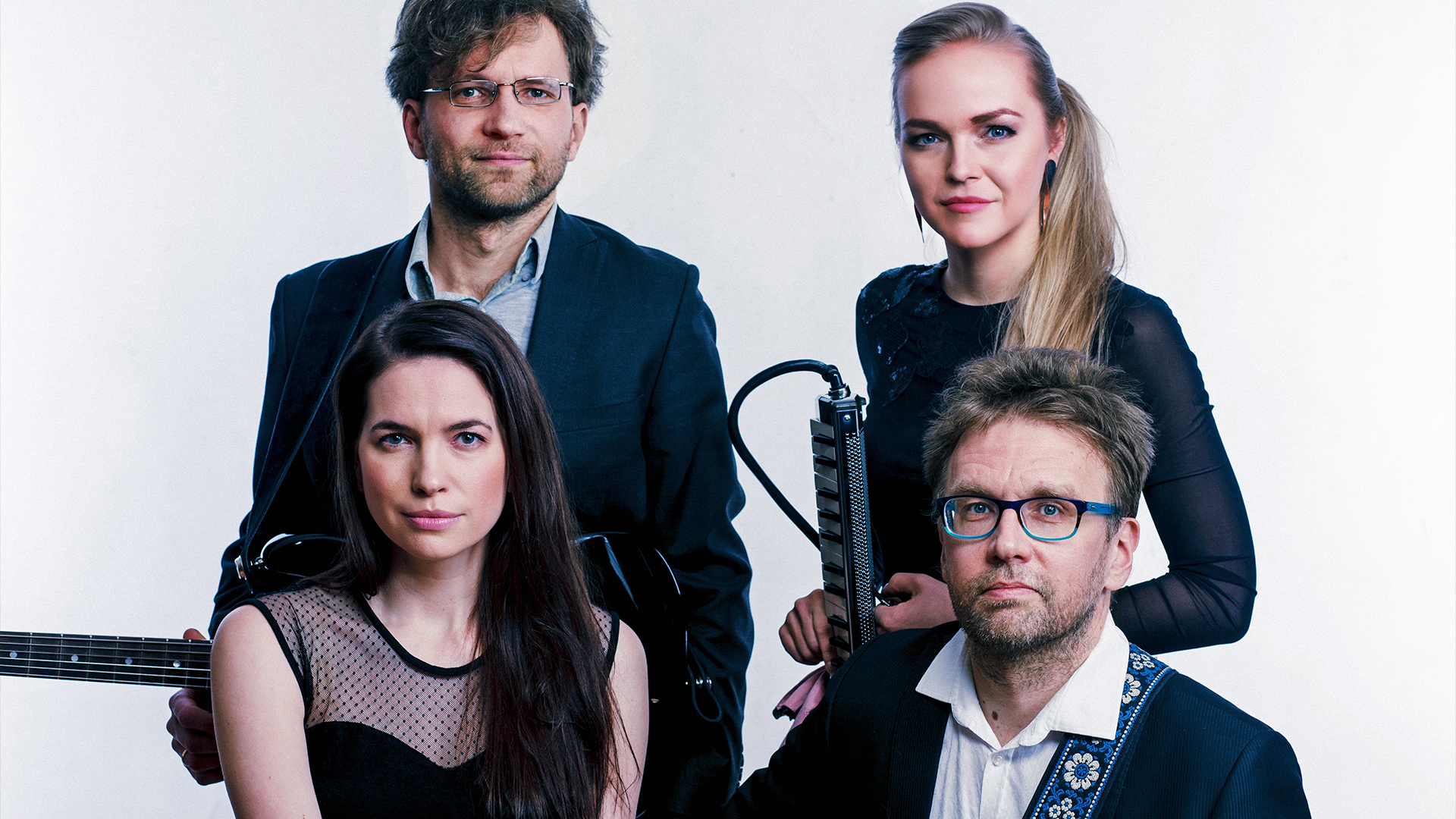 Estonian composer Veljo Tormis (1930-2017) was one of the main choral composers of the 20th century in Europe. The great majority of his works are based on ancient Estonian folk songs. Singer Kadri Voorand and guitarist Jaak Sooäär have sung songs by him in choirs since early age and have always fanned his music. As a part of the celebration of the 85th birthday of Veljo Tormis, Jazzkaar festival proposed a concert consisting of his music in a jazzy context for which Voorand and Sooäär were joined by singer Liisi Koikson and guitarist Paul Daniel. As the debut went very well, the four musicians decided to continue as a group and have performed at all main folk and jazz festivals in Estonia and also in UK, Israel, Germany, Hungary, Sweden, Slovakia and Finland. In spring 2018 the quartet released their debut album "Tormisele/Hommage To Veljo Tormis". The quartet also received the Estonian Folk Grammy as the best new group in 2016.

In this visualized concert, the group is complemented by Alyona Movko, whose amazing videos add a whole new level to the music.

In collaboration with Embassy of Estonia