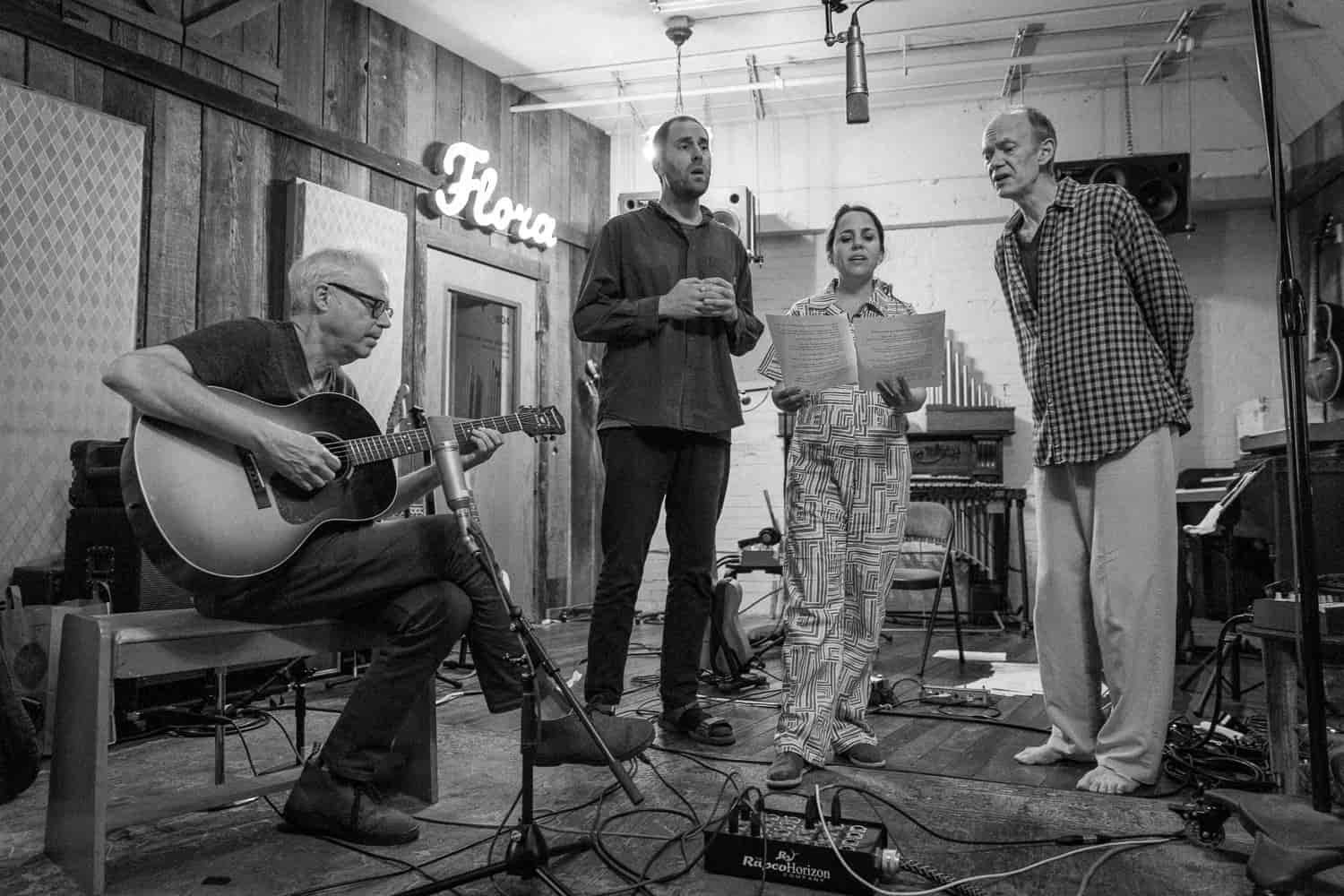 The result of a commission from the FreshGrass Music Festival, an organization dedicated to the vitality of contemporary American roots music, HARMONY features new compositions, imaginatively reworked music from Frisell’s catalog and a typically sharp selection of jazz and Americana staples. Throughout, Haden’s dreamlike, often wordless lead vocals and the trio’s quietly powerful harmonies grant Frisell’s music dimensions it’s never known before. Remarkably, the thoughtful beauty and evocative patience that mark his guitar playing are both smartly accented and greatly magnified.

Longtime fans will recognize Frisell’s ongoing calling to both honor the totality of American music and represent his personal history with integrity. “If I think back throughout my whole life, all the music that I’ve loved,” he says, “why can’t it all be there at the same time? You can play a Bob Dylan song and you can play a standard song or a Charlie Parker song, and they can fit together. Why not? There’s no reason why you can’t have ‘Lush Life’ and ‘Red River Valley’ on the same album. They’re both beautiful songs.”

Frisell had long wanted to match these particular talents and test the alchemy of this unique, drum-less configuration. Hovering between a chamber ensemble, small-group jazz and a classic American harmony group, the dynamic and sense of interplay here are organic and unmistakable.

Frisell, who does not sing, has worked with plenty of brilliant vocalists in the past, he points out. But HARMONY is something altogether different, he explains. “We premiered in San Francisco in 2016,” Frisell says, “and, kind of at the last minute, I thought, ‘Wow, everybody sings.’ They sang a few things, and I was like, ‘OK, now I think we’re really on to something.’”

After having postpone the Bill Frisell trio concert at Sello Hall due to covid-19 autumn 2022 finally brings you this star of modern jazz back to Finland. Tickets purchased for 7.10.2022 can be used as such for this replacing concert.