The garden city of Tapiola is a diverse hub of the arts, culture, exercise and services. A large number of new residential buildings have been built in Tapiola, and there are also various new services in the area.

The busy area that opens directly from the Tapiola metro station is the largest continuous pedestrian centre in Finland. The area unites the convenience of city life with nature. Currently Tapiola has some 9,700 inhabitants and is expected to grow to 15,000 by 2050.

Buildings and the environment will merge housing, leisure, work and services constituting a whole, where everything is close by. Courtyards and gardens continue into the forest environment, rocky forests in their natural state and open grassland parks. Walking and biking trails lead through gardens and yards to the sea shore.

Tapiola is located in the heart of the metropolitan area and it has excelellent transportation options. The West metro line has strengthened Espoo’s ties to Helsinki. Some 20,000 passengers pass through Tapiola metro station daily. The metro station is connected to all Tapiola’s services. The new bus terminal at the metro station was opened in March 2019.

Distance from Helsinki Central Railway Station to Tapiola is 14 minutes by metro.

Jokeri Light Rail line is being built between Itäkeskus in Helsinki and Keilaniemi in Espoo. It will increase the reliability, capacity and passenger comfort of transverse public transport.

Tapiola is bordered in the east by Ring Road I and in the north by the Turku motorway.

Although development and construction will continue in Tapiola in the coming years, its historical profile as a garden city will be preserved.

The bus terminal and the metro are directly connected to the shopping centre AINOA. AINOA's floor area is 50,000 m2 and the number of shops is more than 100.

Tapiola is known for its cultural offerings. Espoo Cultural Centre is the main scene for performing arts and cultural life in Espoo. The Espoo city orchestra Tapiola Sinfonietta, the Espoo Theatre, April Jazz Festival, Espoo Ciné Festival, etc. are on stage on a regular basis.

WeeGee Exhibition Centre is an active centre of museums, art, exhibitions and events. It houses EMMA, Finland’s largest museum of modern art, Espoo City Museum, a café and a shop. WeeGee and EMMA now have more space as the Finnish Toy Museum Hevosenkenkä (now known as Leikki – the Museum of Play) and the Finnish Museum of Horology and Jewellery Kruunu moved to the Kulttuurimajakka building located next to WeeGee. Both museums opened their doors in the new building in 2022.

The Tapiola sports park is located on the northern side of the Urheilupuisto metro station. The metro offers an easy way to reach the large park and the events at Espoo Metro Areena. The sports park is undergoing changes, and the plans include building a new football stadium. In addition, there are plans to build sports and exercise facilities and residential properties in the area.

Tapiola has recently developed strongly and the urban renewal continues. In Tapiola Centre, buildings built in the 1970s and 1980s are being demolished and replaced with new buildings, but most of the garden city of Tapiola will be kept unchanged. The goal is to preserve the historic values of the area to create a lively and comfortable city centre in the midst of greenness. Tapiola will have cosy pedestrian areas and meeting places. More residential buildings for over 2,000 new inhabitants will be built in the centre on sustainable development principles. LähiTapiola is the most significant actor in the area’s development. The company has invested half a billion dollars in developing the area.

The Kaupinkallio car park will be demolished and replaced with residential buildings..

The general appearance of the area around the WeeGee Exhibition Centre will receive a substantial upgrade. The area has already renewed by several new residential buildings. An underground parking facility has been built in the WeeGee area, and the WeeGee yard area is being renovated.

A master plan has been approved for the Sports Park that will see it transformed into an attractive facility providing a range of sports and recreation opportunities for all residents.

A parking facility has been created at the metro station. Excellent progress has been made at the Jousenpuisto residential development, where the new properties will be finished in 2024. The buildings will also comprise commercial properties for grocery and other retailers.

In the future, this area is envisaged as a home for sports and recreation facilities as well as homes and other services that will make the Sports Park a leafy neighbourhood specialising in sports and well-being.

Alongside the master plan, plans have also been drawn up for a multi-purpose sports facility, complete with pitches and gymnastics facilities. A 6,000-capacity football stadium is also being planned, with construction expected to start in mid 2020's. Sports facilities, apartments, and possibly a hotel will be built in connection with the stadium.

The Sports Park master plan will be implemented in phases. The aim is to create an attractive sports, recreation and leisure hub of international calibre. 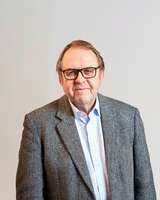