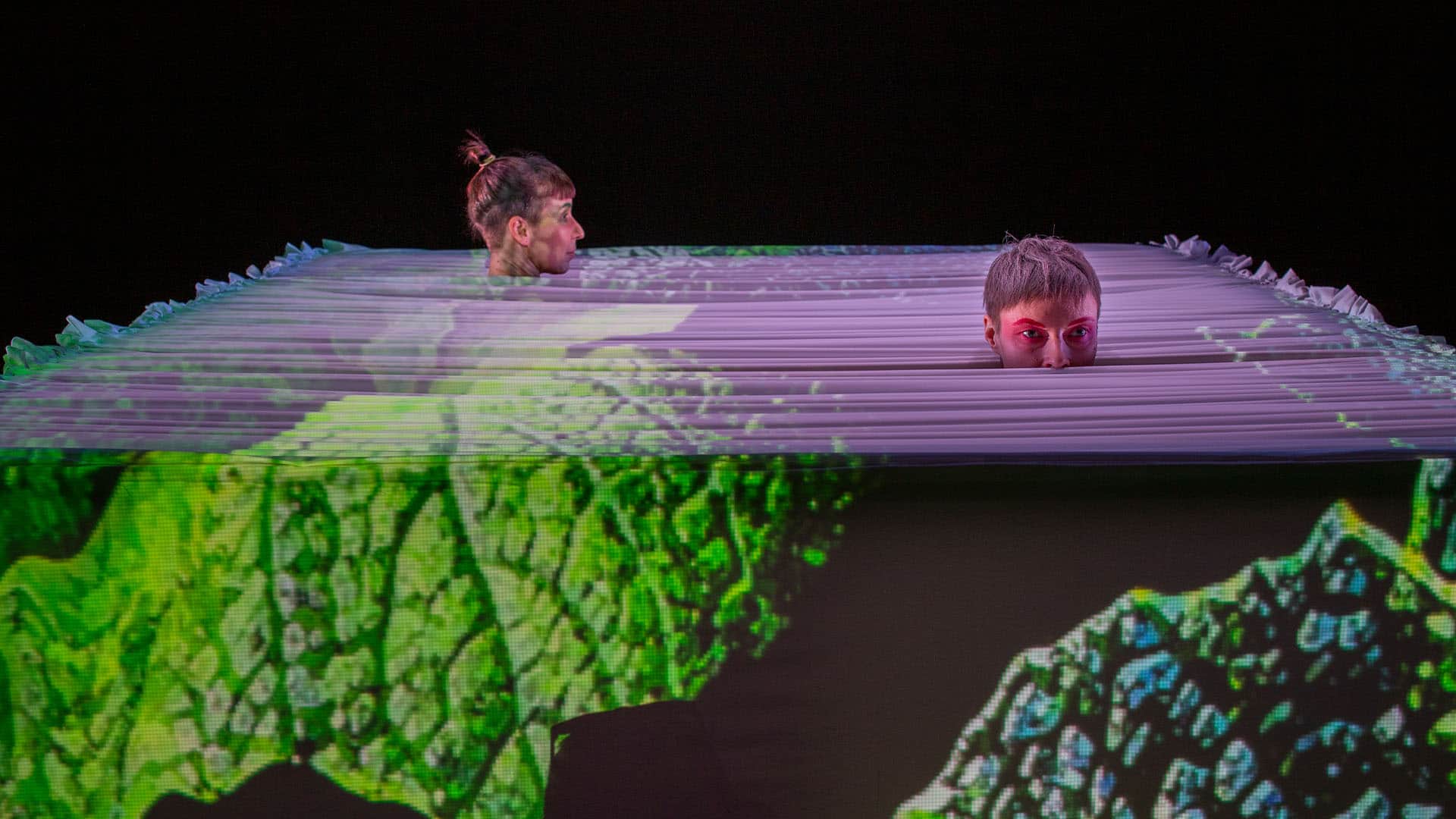 Botanicum is an imaginary pace where absurd characters, human plants, live. They have legs that travel aboveground and roots that move slowly and carefully, deep into the darkness of the soil. They speak human language and read the movement of plants. They walk among us – below the hot moon, below the cold sun.

The modern dance performance ‘Botanicum’ explores the relationship between humans and nature, which is a relevant and multifaceted theme. The piece turns our eyes and bodies towards the plant kingdom, which is inhabited by beings that are quiet and local and which oftentimes live longer than us. The human body is inspired by the way plants exists in the world, their rich visuals, how diverse they are and how they seek both light and the darkness of roots. ‘Botanicum’ explores the connection between human and plant realities; it leads the audience to a mythical place, a limbo of sorts – the reality of a human plant.

Recommended for pupils from grades 5 upwards.